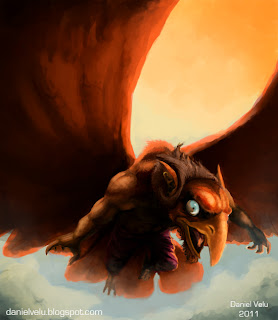 Baaah this will fucking do. The wings just didn't want to work with me. But I have myself to blame for that because I should have studied wings a bit just before I did this drawing. I'll know that next time... I hope.

Happy New Year
Posted by Daniel Velu at 8:04 AM No comments:

New tablet and a new start 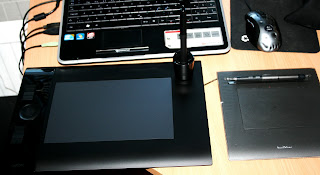 Oh old tablet. You've been with me since '07. For four years you've helped me to do what I love the most and I am extremely grateful for that. Without you I wouldn't be nearly as close to reaching my artistic goals as I am right now. I will never forget you and thanks for everything baby ♥

Also, hello new tablet ♥
Posted by Daniel Velu at 4:18 AM No comments:

Warming up a bit 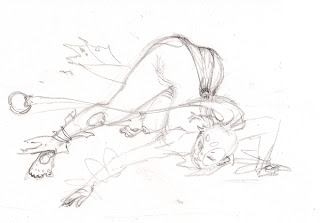 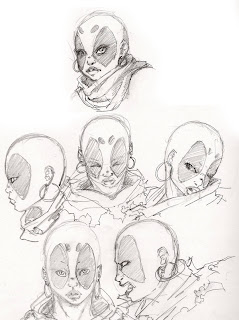 Just a couple of warm up sketches to prepare myself for drawing a proper drawing of this character. Not sure what she’s called but she’s from White Wolf’s exalted so it’s not my design. If it turns out nice enough I might use it for my portfolio.


"Nobody can make you feel inferior without your consent." - Eleanor Roosevelt

Posted by Daniel Velu at 6:51 AM No comments:

Just sippin' on some green tea. Yeah I would have worked on the Garuda drawing more but then my wrist acted up again. This time I went to the doctor but I mostly just got tips on how to stop it from getting worse. I just need to rest it and let it heal since the part that might be damaged doesn't get much blood to begin with and using a computer mouse/shitty tablet just makes it worse.
But I did do a bit of graphic designing for a friends company since it doesn't require as much tablet usage as an illustration....urgh I also got a long overdue commission left to do. It's half way done so I might as well just finish it already as quick as possible.


..oh tea, you make every situation so much better somehow. 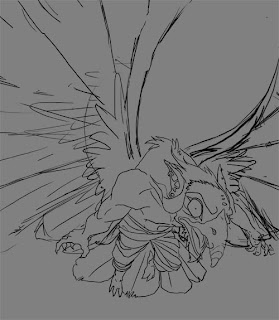 Aaand here comes the lines. The wings are sketchy because I keep changing them and once I start colouring they might change again so I'll keep them slightly undefined compared to the rest of the body. Tomorrow I think I'll start getting values in since that's something I keep forgetting to do before I start with the colours argh.

Posted by Daniel Velu at 2:13 PM No comments: 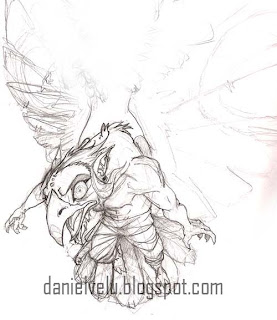 I scrapped my previous idea since it didn't come out  very well at all so I sketched this up yesterday for me to colour. My interpretation of a Garuda.
If you got any tips on colours or the background or just general constructive critique on the sketch then do share c: Oh and the wings will be a lot larger, I just couldn't fit them on the paper due to other small doodles and pose ideas for the Garuda.


"An eye for an eye makes the whole world blind." - Mahatma Gandhi
Posted by Daniel Velu at 1:43 AM 2 comments:

Chillin out in peace 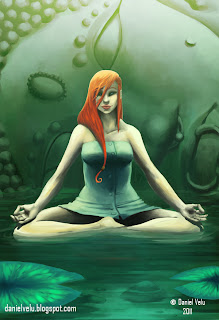 Well it is but damn I feel sluggish when it comes to finishing stuff. And colouring this made me realize how much more I need to practice colouring and how much more often I need to do it. Gotta get back in to a routine again... lmao I feel like I've said this a thousand times but I will keep saying it until I do it. I have to do it. I will do it.

And I've already started on my next piece and I got another one in mind so lets hope I can keep this up.
Posted by Daniel Velu at 5:58 AM No comments:

Daniel Velu
I'm an amateur artist in Sweden that hopes to get a job within art one day. To be a concept artist or an illustrator is my greatest dream and this blog is helping me keep myself motivated to reach that goal. Daniel.velu@gmail.com